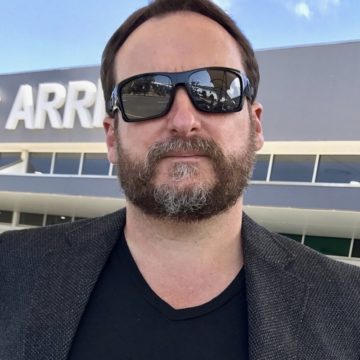 Simon’s early career was in large, “heavy process” military & government projects. It was in this environment that his Agile Journey began in the mid 1990’s, leading a multi-national team using Scrum to build a distributed war gaming system, to celebrate the USAF’s 50th Anniversary in Las Vegas.

After discovering “XP” and Crystal, Simon added these techniques to his existing Scrum experience; successfully employing this way of working in a succession of start-ups, prior to and during the dot com boom.  He eventually took a position as CTO in the world of London finance, where he proceeded to run multiple on and offshore teams, running a bespoke combination of Scrum and XP.

In 2007, he joined the UK’s premier Agile Solutions Consultancy “Conchango” as a managing consultant, working on scaled scrum initiatives at blue chip enterprises such as Harrods, Barclaycard, Tesco, Chevron and the Financial Times.  After Conchango’s acquisition by EMC Consulting, Simon was appointed their global practice lead for Agile, Lean and Systems Thinking services.

Simon will be presenting: What is the sound of one Scrum Clapping?